Children and adults across the school were invited to dress up to kick off our start to British Science Week. They were also asked to create a poster of their favourite scientist from anywhere in the world, from any period of time. We had so many amazing submissions.

Watch our short video which captures some highlights from Day 1 of British Science Week.

Mrs Alici has been running a very enjoyable Science Club this half term. The children have learned about germs, made slime and explored the chemical reaction caused by adding dish soap to food colouring and milk.

The children poured some milk onto their plates, put a few drops of food colouring and used a toothpick dipped into dish soap to see what happens. We notice that the food colouring swirled around like magic because the soap causes a chemical resection that breaks the surface tension. 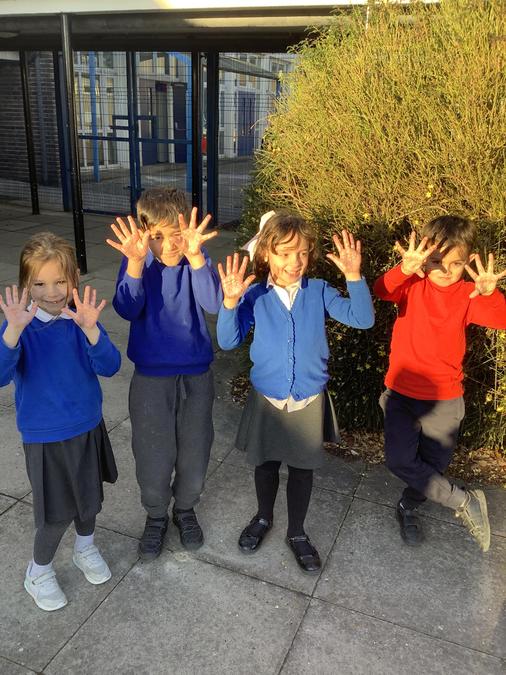 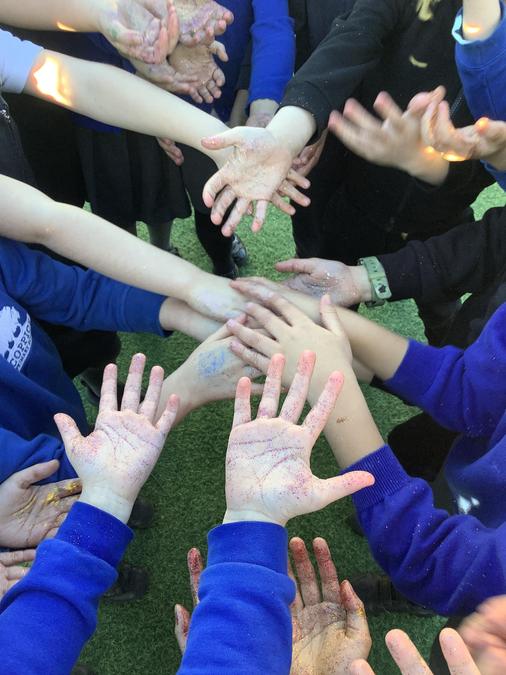 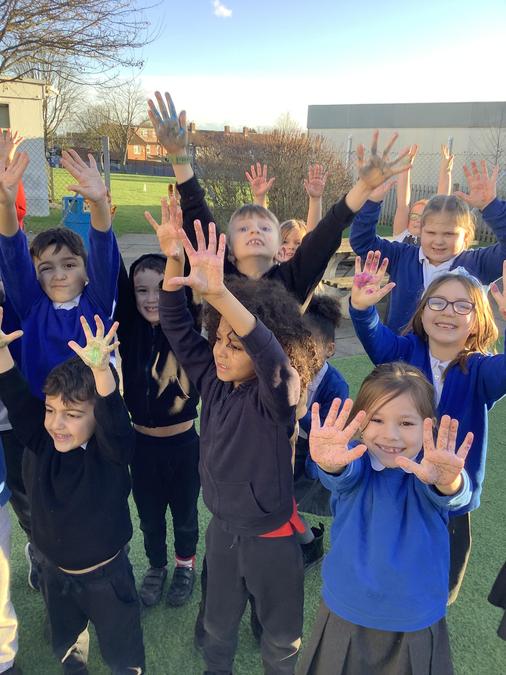 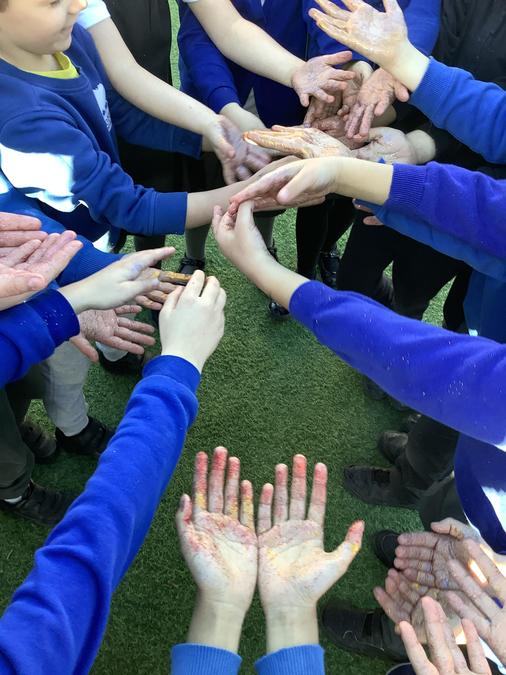 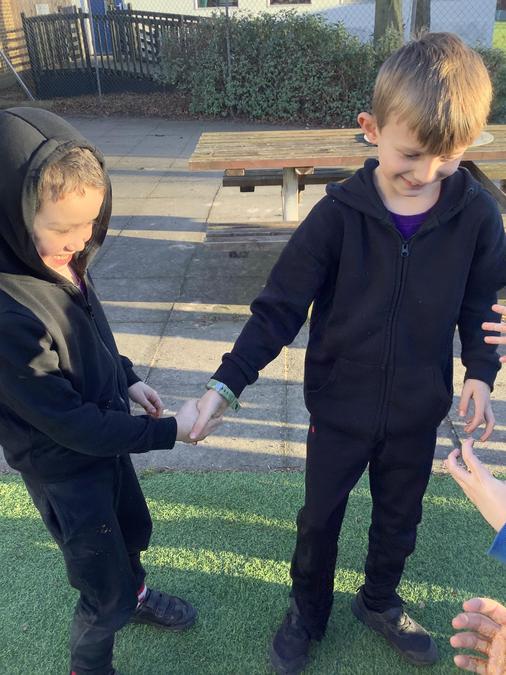 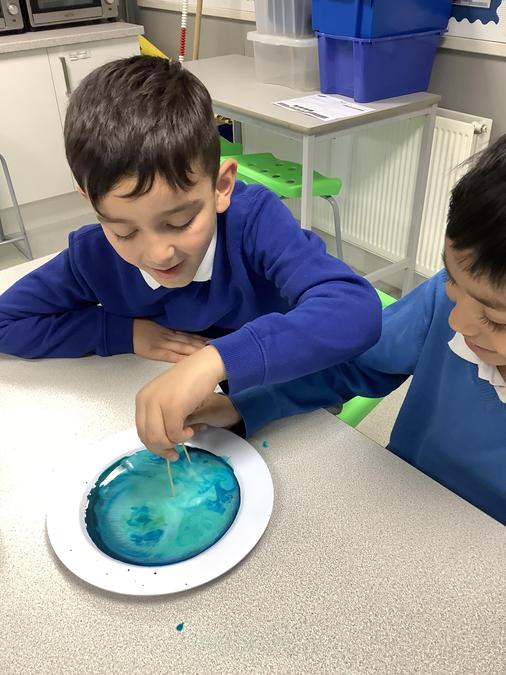 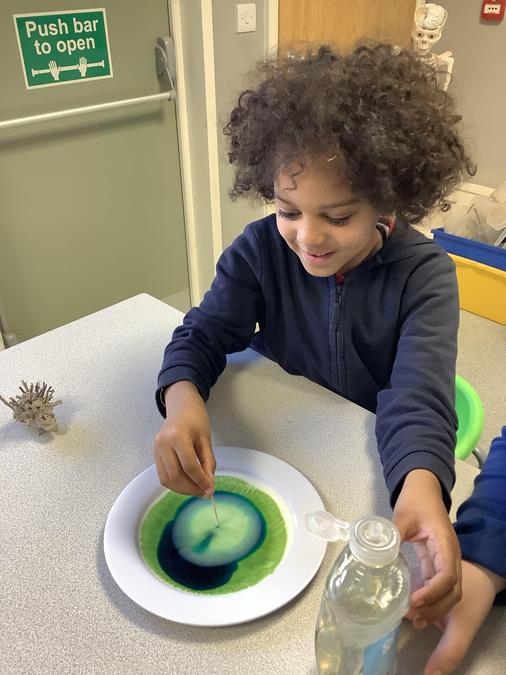 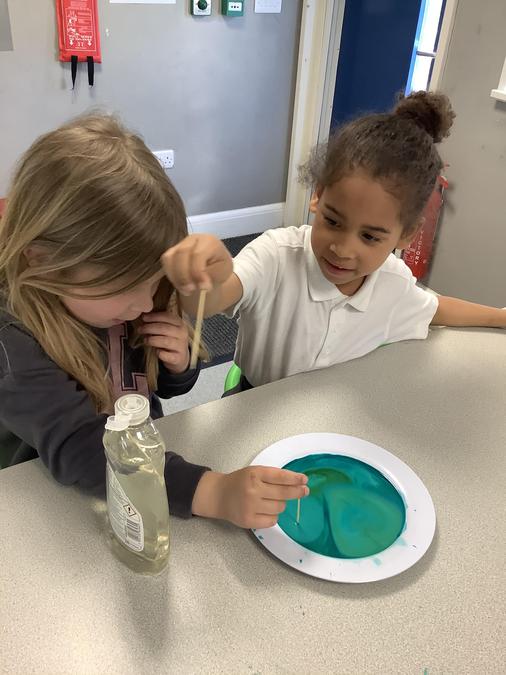 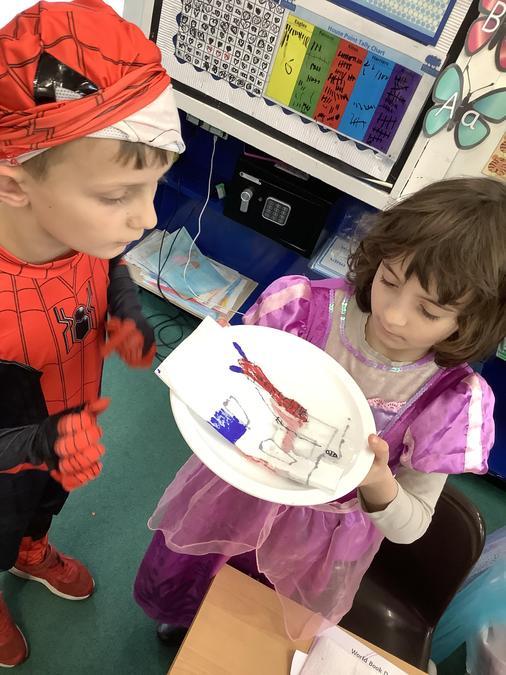 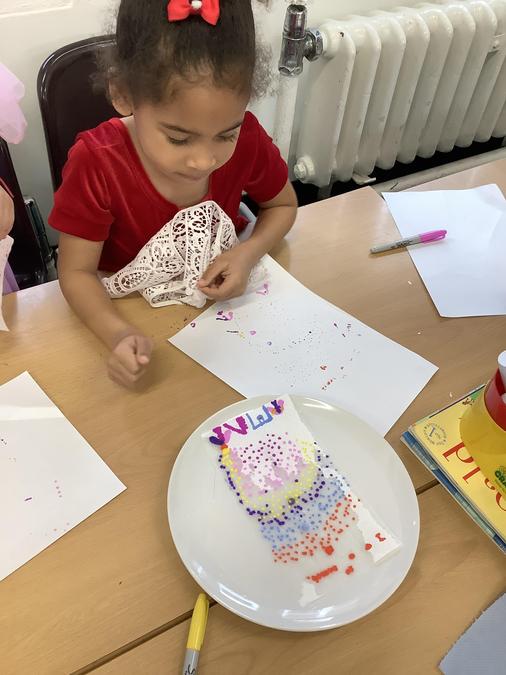 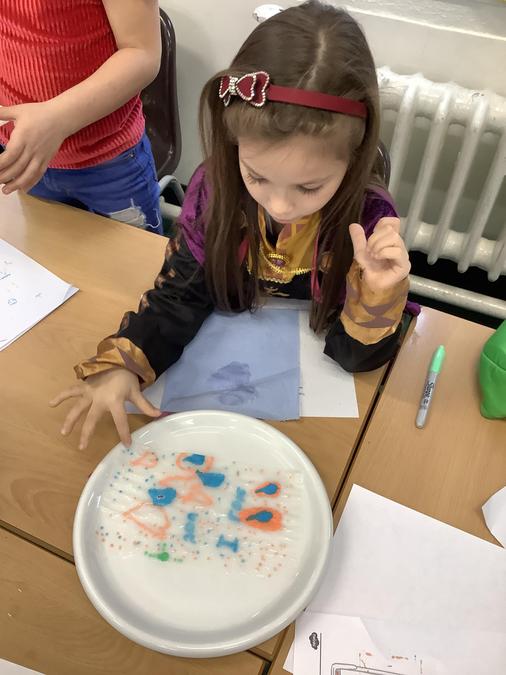 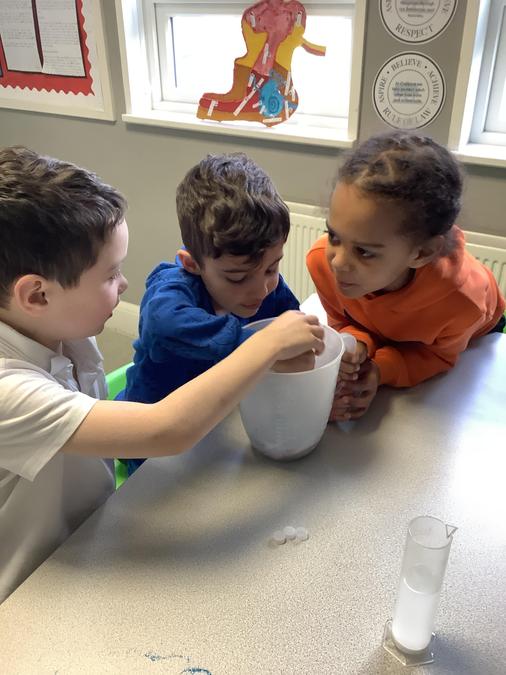 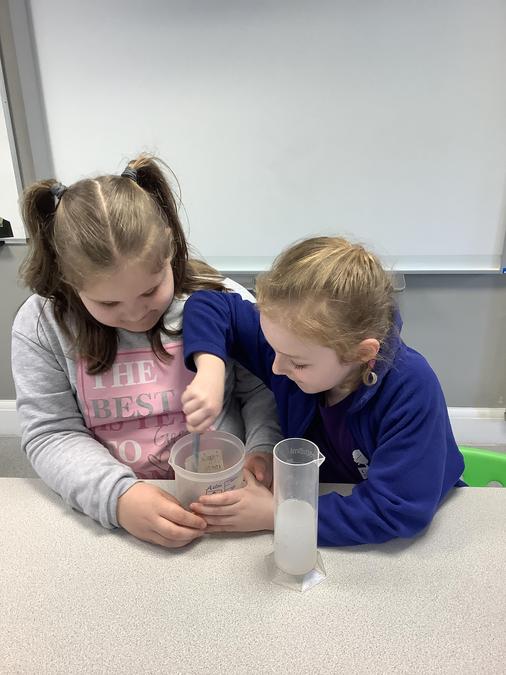 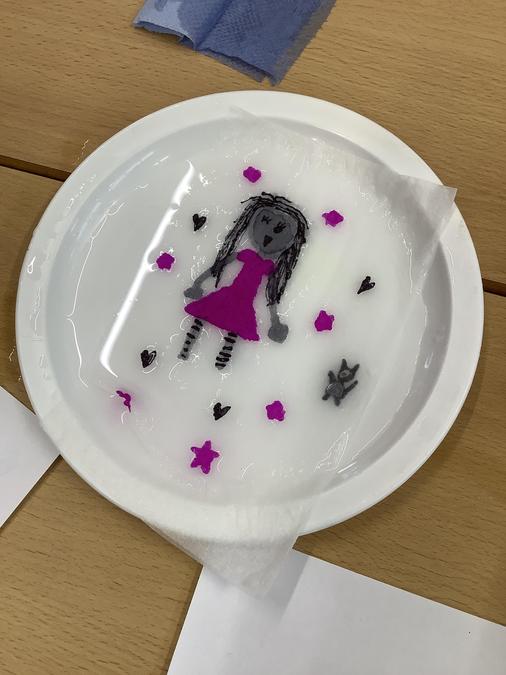 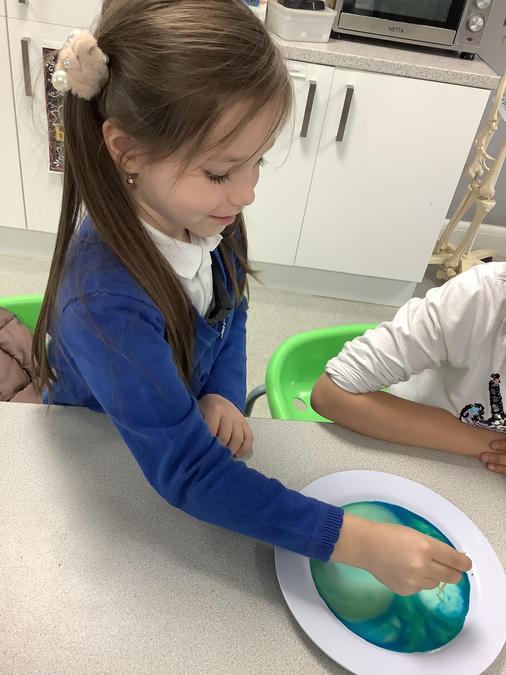 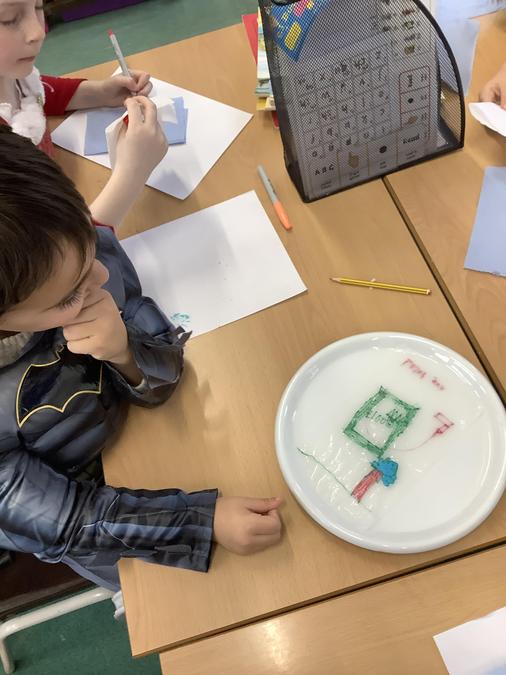 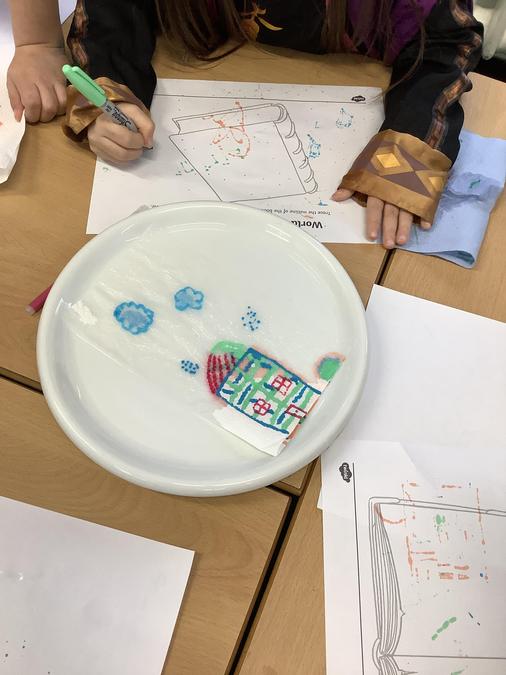 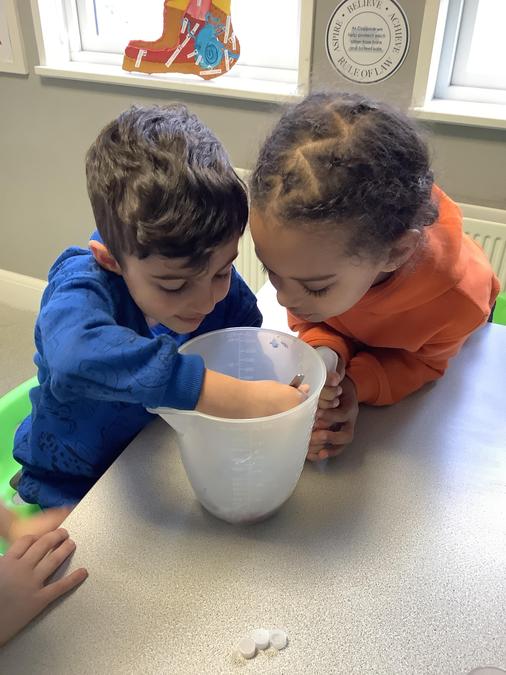 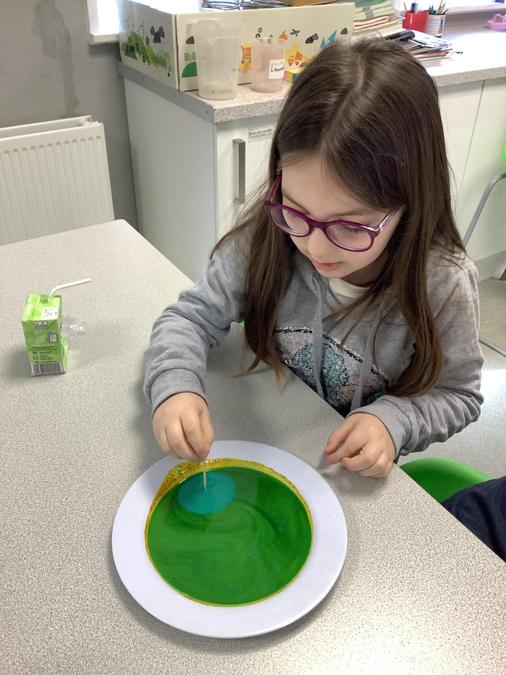 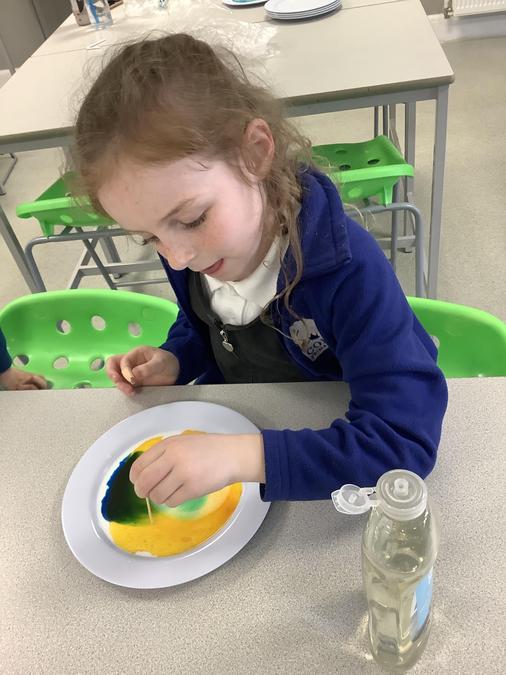 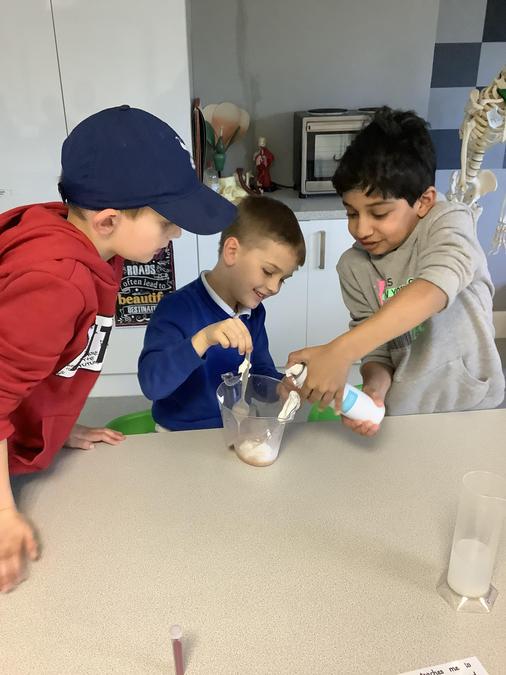